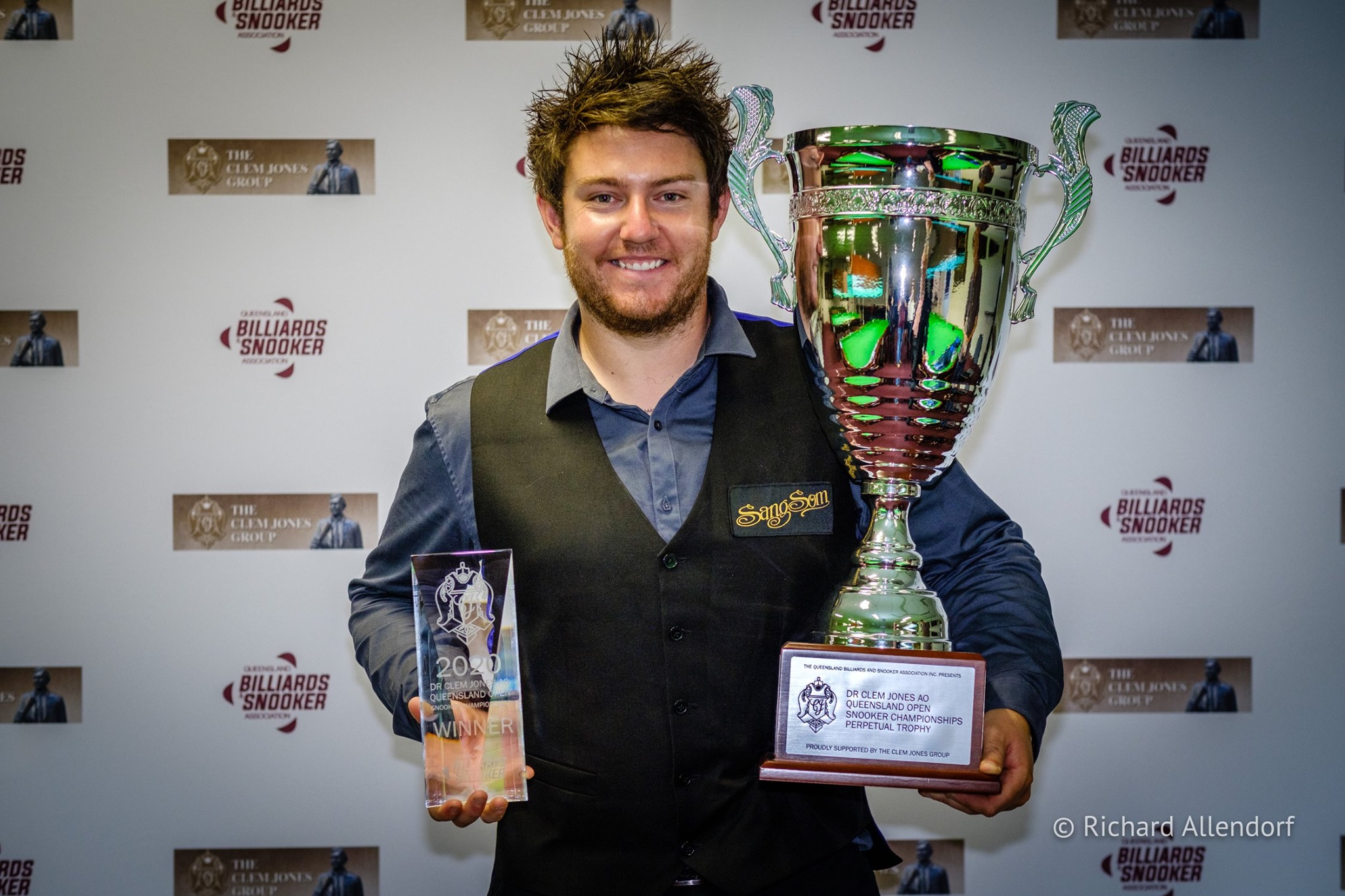 For the ninth year in a row, the Australian and Queensland Snooker Calendar has started with the Dr Clem Jones AO Queensland Open Snooker Championship.

48 players entered this year’s event, all with their own personal goals. Some aiming to win the event, others looking to improve their games and for some, entering their first major event and wanting to see what the standard was like.

Queensland’s best players, up and coming Junior players, and other hopeful locals made up the rest of the strong field. This year’s event saw both male and female players from NSW, VIC and QLD take part.

After four days of competitive snooker, the final was between Kurt Dunham (VIC) and Adrian Law (NSW) and was played on Clem Jones own personal table, which is now at Redcliffe Snooker Club.

Kurt Dunham showed his class and the skills learned from a recent stint on the professional tour, to overcome a 3-0 deficit and retain his title, with a 5 frames to 4 victory over first time National Ranking Event finalist, Adrian Law.

The Final was live-streamed on YouTube and has had over 800 views and counting. You can view the video above.

We rewarded the best Queensland Local finisher that did not reach the Quarter Final stages with a trophy. The 2020 Best Local was Chee Yap.

The QBSA is working to increase the profile of our events this year, with an aim to achieve the prestigious title they deserve. One way of doing this was having an official sponsor wall and new perpetual and winners trophies. Players were happy with the upgraded level of the event and multiple players stated that the event was well run and certainly an event not to be missed.

It is with great appreciation that we are thankful for the sponsorship from The Clem Jones Group. This sponsorship enables us to run an excellent event each year.

Our recent partnership with Foodbank Queensland kicked off at this event with our Donation Station set up during the event. Spectators were asked to “Bring a Tin to Get In!” and we are happy to announce that we raised 226 meals in food and money donations for Queenslanders in need.

We have things in place to shake up the 2021 event. After receiving feedback from players and referees and obtaining approval from the ABSC, 2021 will be the first time in a National Ranking Event that the dress code is moving away from full traditional dress for players and referees, to a specific tournament polo shirt.

A big thank you again to the Clem Jones Group, all the players, spectators and officials for making this another successful event and to Redcliffe Snooker Club for the use of the venue. Thank you to the Australian Billiards and Snooker Council President, Frank Dewans, for attending the event. Thank you to everyone who supported Foodbank and brought a tin to get in.

WHO WAS DR CLEM JONES AO?

Dr Jones was born in Ipswich in 1918, educated at the Church of England Grammar School in Brisbane, and went on to become a qualified surveyor and town planner. In his late 30s he sold his business, retired from a successful business career and embarked on a public service career.

Dr Jones was elected Lord Mayor of Brisbane in 1961 and served a record term in office. He was affectionately known as “Mr Brisbane”, and is credited with turning Brisbane into the modern, vibrant and cosmopolitan city it is today.

He was appointed Chairman of the Darwin Reconstruction Commission in January 1975, a task he saw completed in only three of the five years awarded to it.

Dr Jones received many awards during his career including an Order of Australia medal in 1976, Queenslander of the Year in 1990 and Queensland Great in 2002, various honorary doctorates and was given the keys to the City of Brisbane in 1998.

Dr Jones had a long and distinguished career as a businessman, politician and philanthropist showing particular empathy for youth wellbeing, medical research, aged care and sport.

We express our heartfelt thanks to “Clem”, a man of great character, a true gentleman who gave this time support and financial assistance to those in need. This valued work and assistance is now continued through The Clem Jones Foundation.

Dr Jones leaves a great legacy to the City and people of Brisbane that will never be underestimated or forgotten. A proud Queenslander and Australian who offered so much to so many people, in so many different ways. 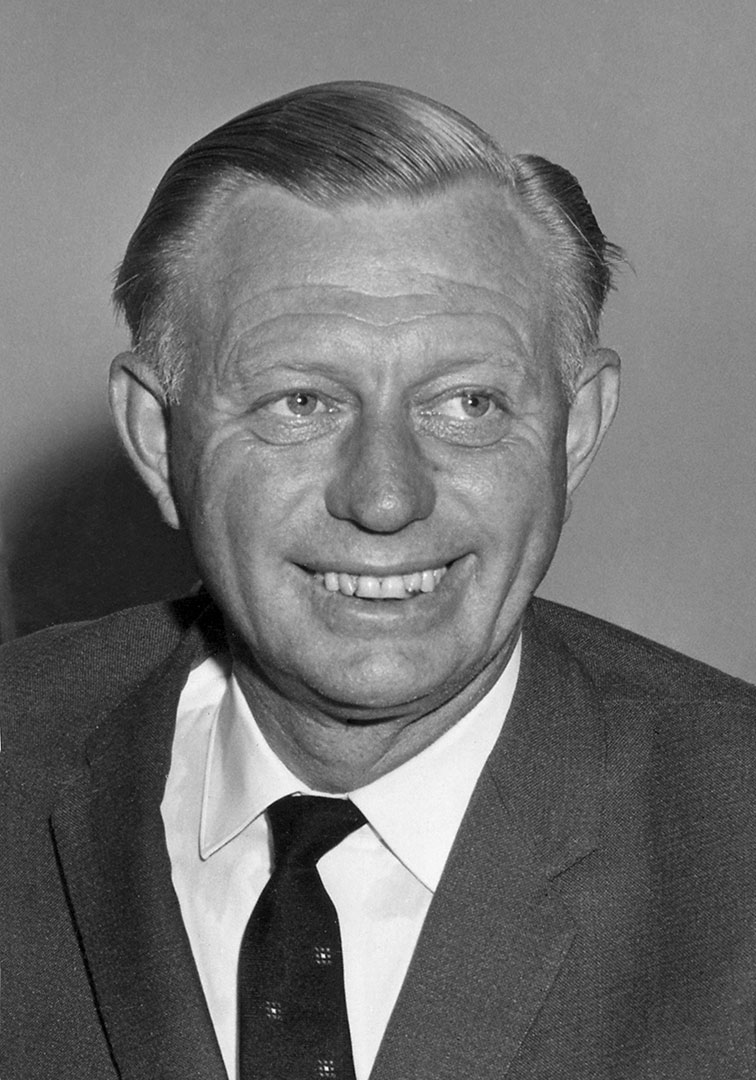